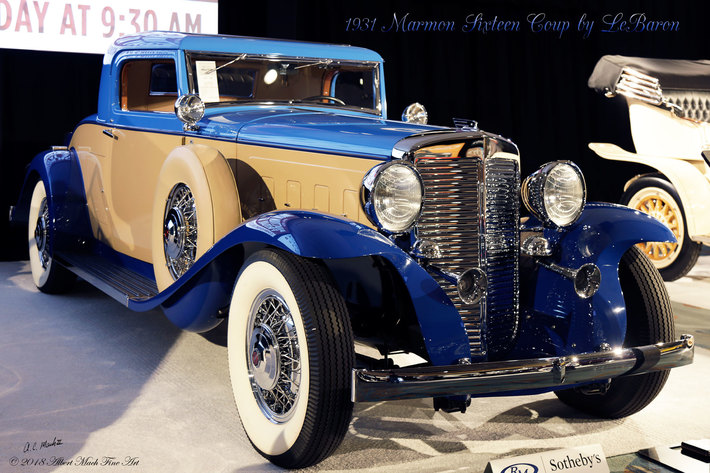 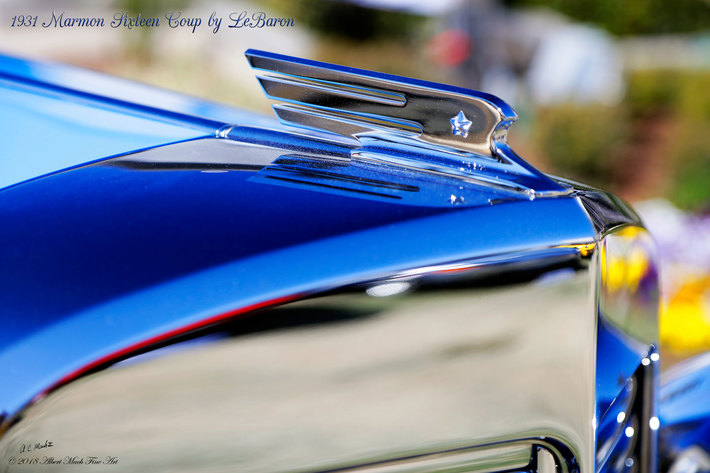 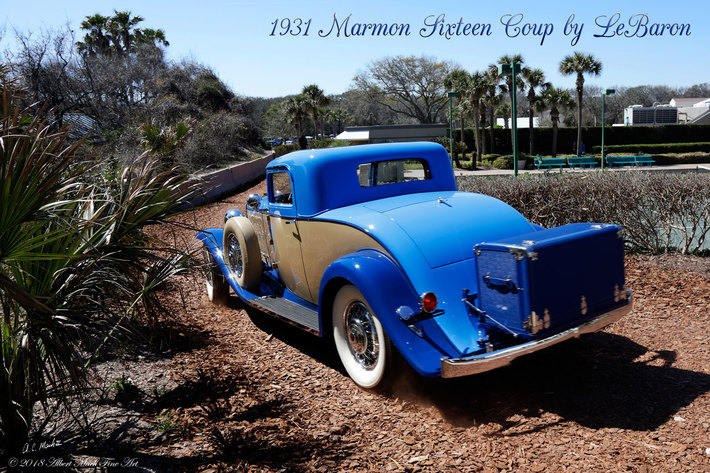 Like all great pieces of art, the Marmon Sixteen was one man's vision of perfection. Automobile pioneer Colonel Howard Marmon created a triumph of pattern-making and foundry technology, containing at its heart an all-aluminum V-16 engine on a state-of-the-art chassis. With 200 hp from over 49 cu-in., the car was capable of out-accelerating a Duesenberg Model J-yet it cost buyers only one-third as much. It was dressed by Walter Dorwin Teague Jr., an MIT student working for his father's industrial design firm, whose crisp lines devoid of gratuitous ornamentation and characterized by crisp design shapes embodied the lean sportiness of the age. It was a design in which superb styling and world-class engineering existed with harmonious balance, as has seldom been seen before or since. Like a fine Swiss watch or the best mahogany speedboat, it whispered quietly but firmly of its owner's wealth and exquisite taste.

Seventy-five remain in existence; the rarest body style is the sporting coupe, of which just six examples are known.

The example offered here has an ownership history recorded by Sixteen historian Dyke W. Ridgley back to 1954, when it was owned by Albert A. Hood Jr., of Wyckoff, New Jersey. Subsequent owners included several Midwestern enthusiasts, including the late Duesenberg expert Joe Kaufmann, and, from 1965 until 1988, Gordon Gress of Milwaukee. In 1982 it was reported in Gress' ownership as needing a complete restoration but remaining "well stored and preserved," with 22,000 miles recorded.

Gary Overby of Puyallup, Washington, purchased the car from Gress in 1988, and three years later sold it to Marvin Tamaroff. Perhaps the foremost modern Sixteen collector and enthusiast, Mr. Tamaroff is well known for the quality of his Marmons, having owned virtually every body style and many of the finest surviving examples. This car, like many in his collection, was beautifully restored with painstaking attention to detail by Harry Sherry, the now-retired head of Sherry Custom Autos in Warsaw, Ontario, in 2002, in wonderful and dramatic colors evocative of the era.

In 2008, Mr. Tamaroff sold the car to noted collectors Joseph and Margie Cassini of New Jersey; shortly thereafter it joined Paul and Chris Andrews' wonderful collection, itself a noted storehouse of fine Marmon Sixteens, where it was proudly displayed for years. In 2010 the Andrews scaled back their collection, electing to sell the coupe to the current owners, who have continued to maintain it in the same splendid overall condition. Today it holds Classic Car Club of America Senior badge no. 2621 and awaits further concours and show appearances.

The coupe is the scarcest of Marmon Sixteen body styles, and it has been many years since one of these sporting automobiles has become available for private sale. This is inarguably one of the finest - a cornerstone purchase for any Full Classic collection, and a lovely machine guaranteed to turn heads wherever it goes.